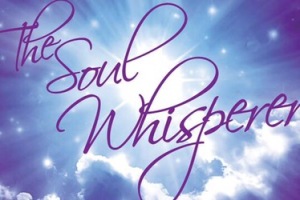 This time last year, I was loosing my grip on a job that I initially thought was a tremendous blessing. Within 6 months of accepting the position, I had to make a painful choice to resign for the sake of my health. The entire process was painful and a new experience for me. It was also incredibly offensive and I was left devastated. I thought I lost it all.

Within 30 days of resigning, God opened a door to new employment satisfy my provisional needs. Now nearly 11 months in, I’ve discovered that I am in the midst of dry land; a dead place.

Don’t get me wrong, I am grateful without question! But I am also extremely progressive minded, seek and pursue higher opportunities and am wired to reach for more. I never find comfort with glass ceilings and mediocre states. The ability to advance, learn and grow are simply not present. I’m content with the way things are for the moment but when I consider and plan my future, I know this can’t be it…

I also have recognized that I truly am in the right type of job for what God has me currently doing outside of work. I have unlimited flexibility to function in my creative space and have accomplished much in this time! Yes, I’m grateful!

Subsequently, I have noticed that my co-workers often come to me for encouragement and I gladly give it! I have led at least one to The Lord, have prayed for and with several, and have offered advice to another who was going through a very difficult family time. I tried to take matters further by seeking ways to start a prayer group and have submitted encouraging articles to be featured on the company’s intranet website. (Free from too many Godly specifics of course!) Both requests have been rejected or have fallen on death ears so far…
I am at peace never-the-less while I wait for the next move of God and I’ll continue to seek ways to serve as a light in the middle of heavy darkness.

You know you are in a dead place if first you recognize that life is missing! Your uniqueness stands out when you see those around you settle and grow content in status quo. The same old same sickens you, makes you uncomfortable and you feel a strong urge to go against the grain.

But what do you do when you just can’t get out? That job, that business, that relationship, that Ministry, or that issue you have identified as a lingering problem? God is silent and not allowing change when you pray for it or try to force it. Stop fighting for it’s just not time!

You have a choice to become a complaining wanderer, join the deadness of others by just existing or Take a stand and LIVE!

Choose with me this day to live in that dead place for God has plans!

He ordered in His Word to Live and Not Die!

He will make a way of escape in due season!

He is a man that cannot lie and will never leave nor forsake!

If you are with me and are unable to leave your current situation, seek peace without compromising or conforming. Finding the balance is indeed tricky but will take spiritual, calculated and committed moves. Talk to the Lord about what your’s should be. If you look deeper, past your understanding, there is purpose in the dry and dead land and it’s all working for your good!

Until Next Time, Happy Sunday!

What are you doing and where are you at?

Yes I so boldly begin this post by getting all in your business!!

Oh, By the way,  Happy August!

This glorious month leaves us with just under 5 left in 2016. Time is really flying!!

Which brings me back to my initial inquiry; where are you? 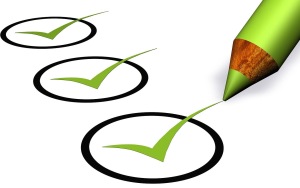 Are you still working towards those goals you so enthusiastically set at the New Year or have you run out of steam?

Has life thrown you a few punches leaving you questioning the process?

Are you paralyzed by procrastination due to fear and lack of faith that you too can make it?

Each day looks like the last and hopelessness is setting in.

You have mistaken your career as your life’s purpose putting all your time and energy into what does not and will not produce lasting joy.

You have stopped putting effort into your goals. You’ve lost sight, hope and remain at a standstill.

You are feeling bitter, slighted, antsy, impatient, doubtful, angry and a whole host of other negative emotions….

So these things happen to us all from time-to-time. I have both hands up confessing that these mental barricades have tried to take camp in my journey as well. But I have become radical and refuse to go backwards for there is nothing behind me that’s beneficial. I must keep moving.

So do you! If you are not happy in you relationships, job, business or have qualms with yourself, God has given you all you need to change your circumstances. They won’t alter on their own, YOU MUST DO SOMETHING!

Stop with the excuses, the pity party and the blame games. Especially as believers in the sacrifice of Jesus Christ, it’s either we believe his Word or we don’t!

It’s not too late! Five months is still a good bit of time especially since we serve a very Big God who is able to do all things! 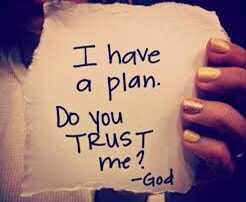 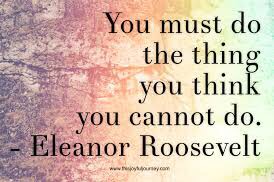 Less than a year ago I was offered what I thought was an opportunity of a life time! A job earning more money than I had ever imagined, the distance was 10 minutes away from my home, and I could even telecommute periodically. It was a promotional opportunity and when I applied I did not think I completely qualified. I took a step out on what I thought was faith. Six interviews with 13 people later I, yes I, was selected as the final candidate!

I couldn’t believe it and praised God for the increase! I was really nervous about starting and hoped that I had the ability as a professional to excel in my new role. I had experienced much success in countless others, this one just seemed to make sense as the next career stepping stone on my way to the top.

Approximately 7 months later I found myself resigning from the job I thought was going to put my career on the map and I was absolutely devastated! I endured a tremendous set of unusual trials beginning a little more than a month into the position.  Ultimately, I crumbled under the pressure. My health, both physical and mental were being grossly affected. I was disappointed beyond description in myself and thought the enemy had won! Certainly I had failed and now it was over before it truly got started….

After consulting God about the ordeal, He revealed why I was subjected to such overwhelming insults in my workplace. I learned that I have been incredibly stubborn in my pursuit for success, have been operating in my own self-defined purpose without His consent, and have been grossly neglecting the gifts He has placed in my life. What a tremendous eye opener, harsh reality and a lesson long over due that I had to learn!

You see, for years I have been chasing dollars and trading my life in to the highest bidder. This has been because I truly lacked faith in God that He is capable of supplying all my needs which far exceeds monetary provision in a paycheck. Since I have never experienced increase any other way besides earnings from a job, I literally convinced myself that the only way to experience the God of “More Than Enough” (2nd Corinthians 9:8)  was by heavy pursuit of the next big promotion in title, statute and theory. I couldn’t see it any other way but Faith doesn’t operate by what Chanel could SEE! REAL self TALK! 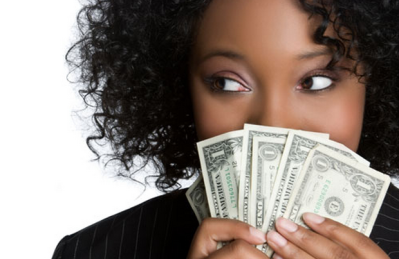 It was clear very early on in my new position that this was not God’s will for my life. But I ignored the signs which were many!!! Initially I chalked up the controversy I was facing as the enemy trying to steal my blessing. I began to pray for my co-workers, leadership and external partners thinking that was the key to turning the fast sinking ship around. My so called spiritual logic was so far from the truth and was my WILL and not the WILL of my Heavenly Father.

I began seeing my husband, children and friends as thorns in my life because they wanted me after work and I simply could not produce the best me for them because I was stressed and exhausted! That’s when my health became seriously affected.

(Mommy/Daddy, Stop working and come play with me!)

After extended time away from my hostile work environment, God showed me that the thorns in my life were really the job! The roses were those significant relationships I was half giving myself too. Repentance was necessary! No job or amount of money is worth their sacrifice nor mine! Never Again!

I finally accepted that it wasn’t me, due to the high turn over not only in the role I was in but in the office overall. (They couldn’t keep staff and leadership failed to look in the mirror!) Acceptance did not come easy but it did at a cost!

Are you holding on to a job that is robbing you from God’s best?  Are you struggling in your level of faith to believe that if you let go of this thing that you think you need that you will suffer lack?

This is not for everyone and I am certainly not suggesting or promoting a campaign for people to walk out on their jobs!  All things in due season and with wisdom.  This is the first time I ever walked away from a job without a concrete back up plan.  But I knew without question that I was hearing from the Lord!

If your stress level is through the roof resulting in change in temperament, sleep, eating habits and you are struggling to be present for the true important matters in your life, I encourage you to seek God and analyze if you are trying to remain in control because you don’t trust that HE will deliver. (Proverbs 3:5)

For me, I have suffered zero lack and have actually experienced abundance beyond my imagination since I let go and truly started trusting God with my provision. My confirmation that this entire things was and is HIM! My faith today is through the roof that as long as I keep my confidence in words, deed and action that my Heavenly Father is taking care of me, I shall never want for nothing! (Philippians 4:19)