I’m different and I know it.  In personality, conversation, demeanor, sense of humor and overall character.  Yes everyone is different by their own definition, but many can fit effortlessly in common situations when I simply feel completely out of place often times.  This use to bother me for most of my life but now I embrace it for I have learned to see the benefits of my uniqueness!

As a youngster and into part of my adulthood, I use to think that my personality was seriously flawed. I was mature beyond my years and for other reasons outside of my control.  I felt I belonged more with an older crowd than those of my same or similar age range.  I was drawn to the fact that it seemed that older people knew more.  I could not decipher if that knowing was more beneficial or damaging initially, but I was attracted to their extended experiences none-the-less.  I was often disinterested in what my peer groups found conversationally entertaining most of the time.  This became extremely prevalent for me during my high school years. I remember as a freshman, I stuck out like a sore thumb.  I was quite, a bit odd, guarded and did not fit in easily with any particular group, especially the girls!  I watched countless cliques that were catty, loud, showboats outwardly, unrestrained and full of drama.  That just wasn’t me!  Those were lonely years for me and I remember at times trying to fit in and being tired of my personality appearing strange to most.  I found opportunities to enter into the “Girl’s Club” and would fake being interested in their priorities.  The façade never lasted long.  When conversations became overwhelmingly mindless to me, I would mentally check out and become self-absorbed in my own thoughts.  The countless exchanges would never hold my interest for very long no matter how hard I tried!  Someone in the group would always notice my shift in group engagement because I would be staring off into space somewhere.  I would instantly be put on the spot by at least one in the crowd. Talk about awkward!

Once everyone’s attention was on me I could literally hear that Sesame Street Theme song in my mind (One of these kids is doing his own thing; One of these kids is not like the others; One of these kids just doesn’t belong…)  I would shake loose from my trance but knew that I would no longer be invited into the circle. Purposely avoided for being a weirdo!!  I really thought something was terribly wrong with me. Why did I have to be so different and not like everyone else? This identity crisis caused me to suffer from depression and I became extremely introverted as a youngster and into my early adulthood years. Since most of the matters I thought heavily about were not discussed in my peer groups, I would document my feelings by writing. Journals and diaries were often my friends!! 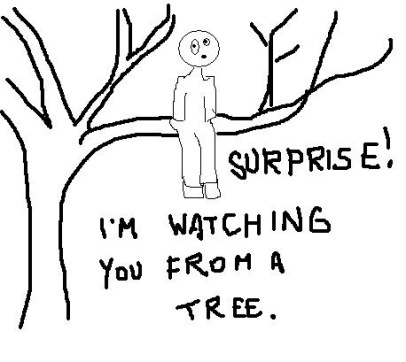 I ultimately gave up trying to fit in.  The effort took too much of my energy and was way too much work! I finally began the process of identifying the value of my distinctiveness in my 30’s. What a relief that was!  I am who I am, take me or leave me!  By the time the next decade of my life came around, this issue was completely obsolete!  There is something about turning 40!  The “I don’t give a Cat’s Meow” switch kicks in full force! Any other opinion besides the Lord my God and those select few who he has sent to love and accept my little quirky ways, are all I will ever need. THAT’S REAL TALK!

Truth is; I am Innovative, Creative, Forward Thinking, Driven, a Risk Taker and Challenger of self to knock down obstacles in my life, mind and environment.  My tenacity sometimes even shocks me!  When my mind is set on a matter, watch out world, here I come! I am simply FABULOUS! 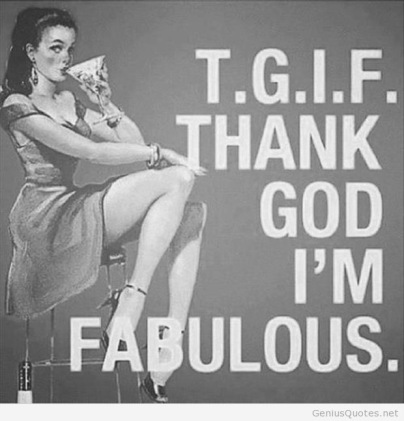 I give all credit to this new attitude because I finally have embraced and understand who I am in the sacrifice of Christ Jesus.

A few of my favorite scriptures that remind me there is not a thing wrong with me are:

I am Fearfully and wonderfully made! Psalm 139:14

I seek the praises and approval of God, not others!  2nd Corinthians 10:18

Now that I get it and despite the cards life has dealt me, You can’t tell me nothing!!

I read an article that I found quite interesting.  The connection between depression and people that are considered “Weird” is no coincidence. It’s the make-up of their creative brains. They don’t walk, talk, operate, rationalize or see the world as the majority.  Therefore depression may become an issue because the struggle to understand why they are so different can bring on feelings of hopelessness.

But once we accept who we are as individuals, we can begin to flow continuously in our creative matchlessness. The world is waiting and needs what we have to offer! Not a bad place to be by far, especially if you hook up with like-minded weirdos!

Here is another article that deserves consideration. If you have a gift of writing, then sorry to tell you, but you were born to be weird!

Do you think you are weird?

If so in what ways?

Have you accepted who you are and tapped into your creative strengths?
If not what are you waiting for? It’s pretty cool to be weird so just get over yourself already!

Starts And Ends With You