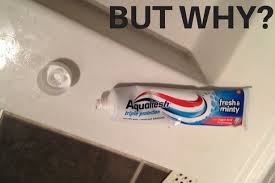 Most are familiar with the old cliché’ “Don’t Sweat the Small Stuff”. We probably have either recited it or heard it more than a dozen times throughout our lives.  When those words are being spoken, do we really understand in depth what we are stating or hearing?  Or is it just easier to express these over used terms without deep consideration in an effort to have something to say, wrap up a conversation or to appear clever in the company of others?

The “Small Stuff” phrase is actually a powerful group of words that if taken to heart can help in avoiding unnecessary agony and grief. The statement simply means, choose not to make big deals out of minor situations.  Life is already difficult enough when considering stressors on the job, children, finances and health matters. Yet many are still so easily moved to anger when someone they claim to love just can’t seem to put the cap back on the toothpaste! When thinking about the larger impact, is all that negative energy really worth it?

My husband is a chronic snorer.  When he is in a deep sleep he literally sounds like a mile long wind tunnel.  His blares are deep, long and can wake me clear out of my slumber or prevent me from meeting sleep all together.  This use to simply infuriate me beyond description.  I would shake and wake him yelling and screaming for him to shut up.  Of course he would be completely oblivious to my accusations and charge me with exaggeration. I was chronically sleep deprived, averaging about 3 hours straight each night before being awaken by our child, my own natural instincts, or his snoring.  This was going on for months and I did not know how much more I could take.  I would wake very grumpy and constantly complained about not getting enough rest due to his snoring. This would just cause him to get offended and withdraw a bit.

Now sleep deprivation is a serious matter; not one to take lightly.  Everyone needs the proper amount of rest for paramount functionality.  I also understand that the body goes through its best healing processes when one is asleep.  This is especially important for people facing medical issues. Eight hours of sleep is the recommended amount for the average adult.  I suspect that 3 hour increments over time could ultimately have optimum health consequences.

My husband had no idea how he sounded while he was asleep. One day I taped him and e-mailed the video clip so that he would find it in his inbox the next day.  When he viewed it he laughed but I think he was a bit disturbed at the same time.  When I considered his reaction, I had to ask myself if I was going to keep nagging him about something he obviously can’t control or find a way to work around this with him.  I further considered how silly it would sound to disclose to our friends and loved ones that we are going our separate ways because I can’t take his snoring.  I could just imagine the confused and awkward looks on their faces.  So many couples are facing so much more and still survive! But I have heard of women who have moved out of the bedroom and even the house over a matter like this.  That’s not going to be me!  I decided that this was a “Small Stuff” situation when I considered my life without him.  I would rather hear that wind tunnel for the rest of my existence than to be without him indefinitely.

I had the responsibility of changing me in the situation.  That was all I had control over.  Had I continued to badger him about this it could have potentially caused division between us and spiral into bigger things.  This was absolutely not worth it.  Now when he snores I gently shake him and encourage him to turn on his side to silence the noise.  He shifts without argument. We have come to a mutual unspoken agreement; Not a big deal!

I would encourage anyone reading this that if you are one who is known to take every little thing so deeply to look at the bigger picture.  Are little offenses worth ruining a marriage, friendship, employment opportunity or other valuable relationships?  Stressing over small matters don’t only ruin relationships but one’s health as well over time.  Strife, resentment and unforgiveness can set in when relationships break down and you can find yourself looking back and not remembering why things fell apart in the first place.  The matters are just that simple! As long as people are human, small annoyances are unavoidable. We have to coexist because that is how we were created.   You will just need to assess if that person or relationship is valuable enough to overlook minute situations and compromise.

As for my snoring husband; I have not given up on a more permanent solution to this problem because I am still sleep deprived.  Until we are able to afford a Sleep Number bed to elevate his side and eliminate the horrid noises he makes, I may have to spend a small fortune on some duct tape.  If you see him and part of his mustache is missing or not lined up properly, just know that he experienced an adhesive removal malfunction. Act like you don’t see it and just walk away! SMH!

For more information about “Sweating the Small Stuff” I am sharing this article I found on CNN.com;  A really good read!