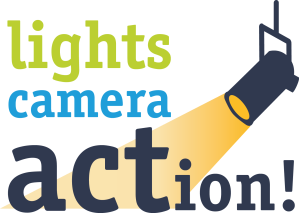 Been longer than I anticipated in recording a video blog! Last night I became inspired by another blogger I ran across  yesterday.

Warning:  It’s quite raw, unrehearsed and the quickest one I’ve ever done! It’s me with no make up or primp and prepping! Chanel in the flesh!!! Lol!

I speak candidly about my views on Multiple Sclerosis, a topic that I typically shy away from. After reviewing this you will certainly know how I feel about the matter! Nuff Said!!

Blessings to you all!

I wasn’t suppose to be a mother. This is what my mindful flesh settled on. I had been barren for 22 years. With age 40 being just two years away and recently divorced, I abandoned the prophecy.
Isaiah 54 was given to me to compliment the prophetic word by a well known Pastor,  but I gave up hope. 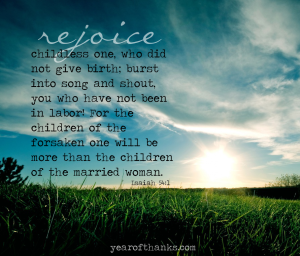 For 8 years I read and re-read the passage until I nearly memorized all versus. When I divorced in 2008 after nearly 11 years of marriage, I abandoned the word and walked away from my faith. I was full of anger and completely broken. 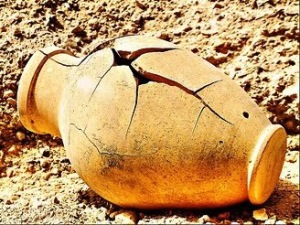 Then in January of 2010 I discovered I had conceived. I was out of wedlock and far from the Cross. Just because I abandoned the Word, it was clear that God did not abort the promise that was predestined to come to pass. The ultrasound revealed a boy. For his name shall be Isaiah after the scripture that helped call him forth.

My first child at 39 years of age. I was overjoyed and frightened out of my mind to have the responsibility of molding another human being. I had little to no support from family and friends and questioned if I would be any good at the most important role of my life and his.

Isaiah entering into my world did not come without considerable pain. I’m not referring to physical labor but by mental anguish when I learned during my 5th month ultrasound that he would be born with a disability. A rare birth defect that occurs 1-7500-10,000 births. Mine, my first that I desired for many ages would be that one. My world was shattered all over again and all I could think was “Lord haven’t I been through enough?” 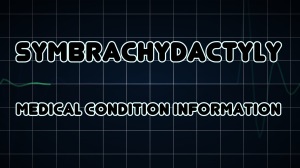 The day my son was born, I remember that I did not smile when the doctors ripped him from my womb by C-Section and showed him to me briefly around that thick blue surgical curtain. I was hoping that what doctors saw on the films would be human error. But when I saw him, his deficiency was overwhelming obvious. He was missing a hand and what we thought were going to be some form of functional fingers were just undeveloped nubbins that never reached their full potential. I was petrified and had no clue how I was going to raise a child with special needs after I was diagnosed with Multiple Sclerosis just about one year prior. I was single, felt abandoned but realized I had better role up my spiritual sleeves and get it together. If not for myself; for baby Isaiah. He, if no one else, deserved nothing less.

I loved him right away and motherhood instincts kicked in instantly. I surprised myself how much of a natural I really was. I initially thought I had grown too selfish to sacrifice everything for another, but I indeed stepped up to the challenge. 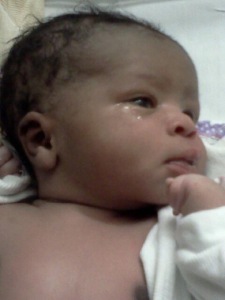 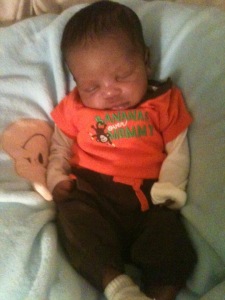 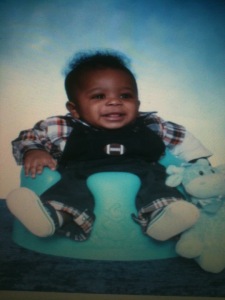 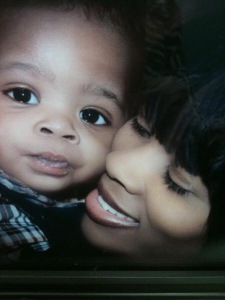 In order to be my best for my son in mind, body and spirit, I so desperately needed God. I repented and returned to His arms for healing, guidance and direction. My Savior responded immediately and began supplying me with the things and people I needed as a new mother. I became overwhelmed by his goodness and vowed never to leave his shelter again. 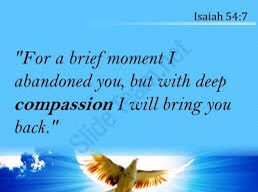 As for baby Isaiah, he is the most amazing gift besides Christ that I have ever received in my life. He has proven to me and the world that his disability is far from that! Nothing stops this kid. When I once wondered how he would accomplish a task, I now wonder 4 years later, what he will conquer next!

As I reminisce on our beginnings together, my son was my saving Grace from a life I was building that was completely self-destructive. Had he not come when he did, I don’t know how or when I would have returned to my Faith. He’s truly amazing. Everyday when I look in his sweet little face, I thank God for providing me the greatest blessing of all in my most broken places. 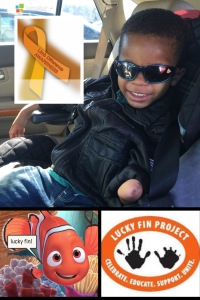