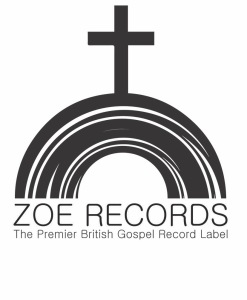 Hello RBT Readers! I pray this post finds you all encouraged, highly favored and with a great heart of expectancy in the things, Word and promises of our Lord Christ Jesus!

I am so excited and honored to announce that The Realboldtruth blog has connected with Zoe Records to promote the Ministry gifts that God has equipped in its visionaries and founders!All to promote the goodness of God, His Saving Grace and extraordinary Love that’s like none other!
No matter where we are, near or far, we are all brothers and sister in Christ here on earth to represent Him and be fishers of men! These efforts can be accomplished through music, writing, speaking and so many other platforms as ordained by the Father!

Below is a bio and sample recordings produced/released by Zoe. The music is sure to get you tapping your feet, clapping your hands and embracing the energy! Very uptempo, modern melodies that are sure to capture the attention of the young and old alike! Stay tuned as RBT releases and shares more music from Zoe in the future!

Zoe Records (pronounced ‘ZO – EE’) is an independent record label based in London, United Kingdom. Zoe Records was created in 1999 and has offices in the United States and in Nigeria. The name ‘Zoe’ derives from the biblical interpretation which means ‘the Life of God.’

Isaac Odeniran, a choir member and enthusiast of US Gospel music, founded the label in 1999. His first release was in 2003: Marriage is of God was produced by Joel McCray. McCray also had a hand in the subsequent titles that Isaac released, namely God Bless the Child, and Christmas with Isaac Odeniran. Other artists signed early on include Beverley Moore, Little Debbie Dee, Gospophilia 3.
Zoe has since established itself as one of the most credible Gospel labels, having secured agreements with a number of acts both in the UK and internationally. Some of those artists even have Grammy’s awards, are Rock and Roll Hall of Fame members and Dove award winners.

Zoe is the place to be when it comes to Gospel music in the UK and by God’s grace it will continue to strive in aiding the industry to move forward.