The attraction was overwhelmingly intense. Like the power of 10 industrial size magnets I was being drawn in and could not stop it. In fact, after a time I didn’t want to stop it. I pursued and hunted after a single meeting and conversation that ignited something deep in me that apparently had died. Suddenly I felt alive and I wanted; no I needed more. 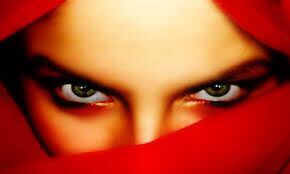 His smile, his features, his laugh, his smell were so completely intoxicating! His sense of humor was very similar to mine. We had so much in common and talked for hours…if and when we could. I had not been attracted to anyone this strongly and at this level in well over a decade and had forgotten what the experience felt like. My cheeks burned from blushing every-time I heard his voice. He would leave messages for me overnight on my work voice machine. I looked forward to them the instant they began. I found myself anxious to get up in the morning. Couldn’t wait to see if he was thinking of me overnight like I thought of him. He never disappointed. I listened to his messages frequently throughout the day.
I couldn’t sleep at night. Visions of him would not stop. I fantasizes during times that I knew I shouldn’t; when I should be working , studying, while in church and even while lying in bed next to my husband of nearly 10 years… 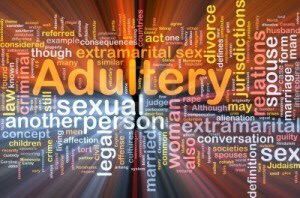 My marriage was severely broken. I was just 23 when I wedded, a babe in Christ and was told by the church mothers that we must stop living in sin. A little less than a year after meeting, we exchanged vows. It was not long afterwards that I began to discover that I didn’t take enough time to get to know him, to know myself and what God expected of me vs. the religious practices of man. Still I held on unsure, growing increasingly unhappy because I didn’t want to disappoint. I made God a promise and I was going to keep it by any means necessary. I prayed hard, long, and often. I got counseling too; still I faltered.

The attraction came along at the most vulnerable time. Love, respect, intimacy, connection, and the will to keep trying in my marriage was dying for me. I was outgrowing my mate mentally and spiritually and the reality of it all was very painful. I was not keeping the facade together outwardly because a few that were close could clearly see the stark imbalance between us two. This new love interest reminded me often that I could still have those things I longed for again.

For months, he became the only bright spot in my life for all hell began to break loose in my world. I was losing it all simultaneously. My health, my relationships, my home, my finances, my sanity, my way….. I ran to him for shelter, friendship then ultimately mental and physical comfort…..
This is my deepest, darkest and most painful confession. I once was a Christian Female Adulteress.

Even as I re-read the words above, nearly 10 years after these series of events,  it still doesn’t sound like me. My character, my beliefs, my position; I compromised them all with a single decision and I payed a deep price for it all. That price was the inability to move forward for an extended period of time. I believed that everything adverse that was happening to me was the result of what I did. Certainly I deserved it because I dishonor my vows. I drowned In thinking I didn’t deserve and I couldn’t forgive myself. I didn’t even know I needed to until just 2 years ago.

Five years ago I conceived my first and only biological child. This happened out of wedlock and during a time when I walked away from God. I was extremely unhealthy spiritually and carried around a tremendous amount of pain, anger and guilt. I finally came to my senses for the sake of my child. Oh Lord I need thee! 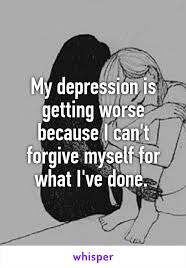 I went for counseling with my son’s father upon his request. I only expected family therapy to learn how to co-parent with him. It’s all I wanted and nothing more. We were crazy about each other but with both of us being divorcees we never fully gave our relationship a chance. At the time,we had been apart as a couple for nearly a year. The Pastors who were assigned to help us clearly saw we were madly in love and they needed to seperate us to get to the bottom of our individual issues.

So much came out in those sessions and I learned I needed to forgive myself for how I left my first marriage. When I finally released, it was such a heavy burden ejected from my soul. How I wish I would have done that earlier and saved myself 8 years of unnecessary mental anguish! Those family counseling sessions ultimately turned into pre-marital counseling. We married October 10, 2014.

For me, this is the most intimate and embarrassing thing I have ever revealed. I know that I need to share for there are other women who suffer silently. Although men are more likely than women to commit adultery making this topic for them an accepted norm, women fail to be honest about the matter due to the harsh criticism we more than likely will subject ourselves to.

I personally am over how people may respond. I’ve beat myself up worse than any human ever could and sentenced myself to an 8 year term of absolute mental torture. Nothing hurts worse than that. Today I am completely set free and reconciled the most important relationship in my life; my bond with my Lord, my Savior, my Redeemer, Christ Jesus.

By-the-way, If you are wondering what ever happened to the man I fell for .. Well, he is the one I married. This is my RealBoldTruth! 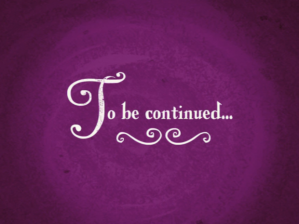